Facebook-f Tripadvisor
Menu
Ideally located along the Chobe river.
Comfortable, affordable family accommodation in a relaxed atmosphere with great views in an ideal location.
The perfect place to rest.
Amazing sunset views.
Previous
Next
Mwandi is a beautiful, neat and well maintained place to stay. At night you can hear the sound of many animals. Good food. Friendly staff. Beautiful sunset over the Chobe river. Camp on green grass not on sand like most campsites in Botswana - TripAdvisor
We stayed in one of the tented accommodation units & absolutely loved it! Anton and Amelia were lovely hosts and gave us loads of great information about Chobe and the surrounding areas. They helped us book game drives and cooked us delicious food. We couldn't recommend Mwandi View enough, the views are spectacular and we loved our holiday there. - TripAdvisor
After a long day of travelling, this was the perfect place to rest. Everything was clean, comfy and well equipped. The hosts were very helpful and welcoming, we got the impression they help a lot of stranded travellers too! - TripAdvisor
Very nice room and bed, we took the family room, very clean and comfortable, the restaurant is nice with great home made food, the sunset views are amazing with drink, great for a rest stay before Savuti. Recommend it! - TripAdvisor
Super nice tents with amenities and great views. Beautiful common area with terrace and swimming pool. Wi-Fi is offered only during the night 06:00 06:00 and often does not work. After we had asked because we needed it for more bookings but nice it was switched on for us - Booking.com
Super service from the owner personally. Low season - were the only guests. Received after Savuti and Khwai valuable tips for our onward journey. Food was tasty, nice deck overlooking the Savannah. Beds are good. Beds in tents, which are built on a deck with an additional roof. On the deck, there's a small room with shower and WC. Simple but nice and clean. Everything as expected - Booking.com
Stunning views, great place to stop on the way to/from Savuti - Booking.com
Dream location of the lodge with spectacular views. Ideally situated for excursions COBE River drive, Savuti, Namibia. The perfect host of u Chef Anton. Despite the absence of the Manager we were properly treated u in the Bush. Unfortunately, we have only not seen a Leopard, everything else. That's wildlife. We liked everything! - Booking.com
Mwandi is a piece of paradise. Comfortable and clean accommodation and excellent food. I will return there and recommend it to anyone. - SafariNow
We camped at Mwandi View in July 2017 and thoroughly enjoyed ourselves. Anton and Amelia went out of their way to make us feel at home. Their facilities and food are top notch. There is an amazing birdlife. Hearing a lion roar about 100m from the camp 2 nights out of three was really special. They are ideally situated to use as a base to explore the surrounding areas or to use as a stop-over. We will be back as soon as we can. - SafariNow
It was a lovely stay, good food and location - SafariNow
Thank you to our hostess for the most enjoyable suppers.The food was prepared with love and passion - SafariNow

New bookings only
ONLY FOR BOOKINGS THROUGH OUR WEBSITE

per person per night

During this challenging time of COVID-19, we here at Mwandi View are committed to delivering a clean and safe environment for our guests and employees. We also want each guest feel safe and secure. On a daily basis, we are working to ensure that we meet the latest guidance on hygiene and cleanliness. To help protect all guests and employees, we require the use of face masks to be worn in all public areas. Our check-in procedure includes specific health and safety protocols whereby each guest will be required to sanitise hands, complete a form, have their temperature taken.

Mwandi View is ideally located along the Chobe river. Only 18km from the Ngoma Gate to the North-East and 4km from Kavimba to the South.
View Location

While at Mwandi View, you could either relax at the pool on the main deck or participate in one of the activities available in the Chobe National Park
Activities

Mwandi View is ideally located along the Chobe river. Only 18km from the Ngoma Gate to the North-East and 4km from Kavimba to the South. The road is tar all the way from Kasane and Ngoma border to the lodge. Mwandi View is a good half way stop to and from Savuti.

Mwandi View is a 1 hour drive from Kasane. This is the closest town with ATM facilities and for supply shopping. There is a fuel station in Muchenje which is about 10km from Mwandi View.

Each Self Catering Tented unit sleeps 2 people, has an en-suite and kitchenette with bar fridge, microwave, kettle, with basic cutlery and crockery. The bedrooms have twin beds, a free standing fan and all linen is supplied. Units are serviced daily by our friendly housekeeping staff.

Each unit has a private deck with table and chairs overlooking the Chobe river and floodplain. Units are smoke free.

Self Catering
P 1450 Per Night
Book Now
Previous
Next

The campsite area is situated on manicured lawns with Natal Mahogany trees. Each campsite has its own electrical point and BBQ facilities.

Campers use a shared ablution area with hot water. The main campsite area has 3 potable water points. There is a designated communal scullery area and place to do hand washing with cloths lines.

This single bedroom tent has a queen sized bed and 2 x 3/4 beds with a spacious en-suite and a small kitchenette with bar fridge, microwave, kettle and basic crockery & cutlery for self-catering.

All linen is supplied and this unit is also serviced daily by housekeeping. This unit has a private deck where you can sit and enjoy the view of the Chobe River and floodplain. This unit is smoke free.

per person per night

The Main Complex incorporates and infinity pool, bar and restaurant – all overlooking the Chobe river and floodplain.

Mwandi View serves a traditional English or Continental breakfast, light lunch and chef’s “meal of the day” for dinner. It is essential that you pre-book any meals required at least 3 weeks prior to arrival. We can also cater for vegetarians.

A curio shop is next to the bar area where you can purchase locally hand crafted items. For your convenience, fire wood/charcoal, fire lighters and ice is also available to purchase – ask at reception.

WiFi is available all day at the main complex.

It is essential to pre-book meals at least 3 weeks prior to your arrival. We can only cater for pre-booked meals.

All purchases at Mwandi View can be paid for by card or cash.

At Mwandi View we have seen a need for change to overland safaris and thus we have entered the market to not only offer an exceptional service but to offer each and every client an unforgettable experience with individual personal attention. As we are not in Kasane and are located more remote we feel that we can offer something special and will not compromise in service and quality.

Mwandi View is determined to ensure that every safari is successful and each and every client is totally satisfied.

Lion, leopard, wild dog, elephant, hippo and antelope sightings during the day – and if you are lucky you may witness a predator hunt.

While at Mwandi View, you could either relax at the pool on the main deck with an ice cold drink enjoying the view, or participate in one of the activities available:
Book Now

The Chobe Enclave is home to the Ba-Subia – ruled by a King and various Chiefs.

Although Setswana is the official native language of Botswana, Subia is the unique language of the area. The locals farm predominantly with cattle and goats and there are no restrictions of the animal movements. Care is to be taken on the roads, especially at night when livestock and wildlife alike seek the warmth of the bitumen.

Botswana’s tourism months coincide with the seasons – when the rain starts falling around mid-November, most animals migrate from the Chobe to the Okavango Delta, this is generally the ‘low’ season. When the rain stops and the grass starts drying off around April/May, the animals migrate back to the Chobe. This is generally referred to as the ‘peak’ season – although June to September are the best game viewing months.

Northern Botswana is a high risk Malaria area. Foot and Mouth Disease is an ongoing issue – veterinary check-points are in place to assist in the prevention of this disease – be vigilant of the food-stuff you transport from North to South and vice versa.

Due to the intense heat, October is known as the ‘suicide’ month – there are many challenges associated with driving in thick sand during this month. 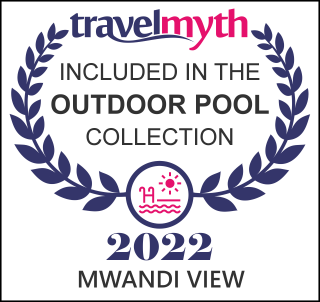 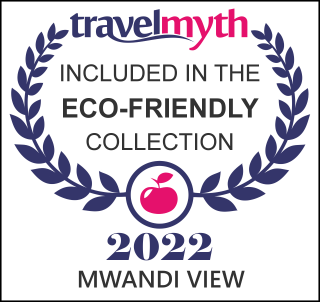